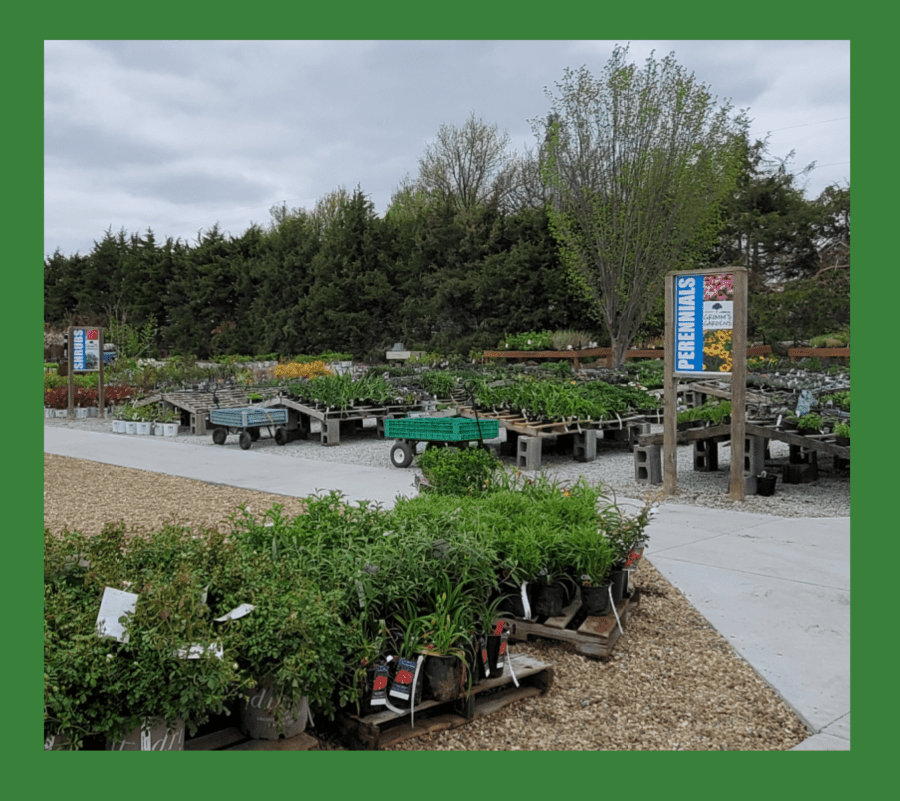 It is that time of year again, time for an annual garden review. Each December, I look back on the year to see how annuals, perennials, and more fared during the year’s weather and extreme events. For example, 2021 was the year of wind; we had a tornado and 2 wind events which toppled many trees. But this year, 2022, was the extreme drought and heat year, coupled with a mast year in trees. How did annual plantings go? What perennials thrived in such conditions? And are our trees going to survive past this year?

Just how hot and dry was this year? Well, according to Kansas Office of State Climate data, it appears as if we were about normal for average temperature, but this compares both day and nighttime temperatures together. Let me say this, it was hotter in 2022 than any previous season since 2012. I remember 2012 well, because we had nighttime temps which were actually cooking plants. Anyways, it was hot in 2022. And coupled with windy days, what rainfall we did get disappeared in the heat.

As for rainfall, the average for North Central Kansas is 35 inches of rain. With just 2 months to go, we are sitting at around 23 inches, and not likely to reach the yearly average. The driest months here in 2022 were August and September, with just 2.3 inches. Typically, we get 5 to 6 inches between those 2 months. So it has been hot and dry.

How did the annuals do in such a dry, windswept year? Most did better than I would have believed. But then, most of our annuals are chosen to be tough and bloom well in our climate. Last year, I did a write-up on star annuals for the Central Great Plains, which detailed the best annuals for our climate. Because drought and heat are cyclical, we do have to think about the potential for these events to come around.

Because it was already hot by the time I planted annuals outside, I was able to search for plants that would take not only the heat, but drought conditions too. One f the things which I revived was Xeri-Pots, a system of planting I devised in 2012, which uses extremely drought and heat tolerant plantings for containers. It was a success this year.

One of the more surprising plants that I used in my Xeri-Pot system was a house plant, Bird’s Nest Fern. Not only is this plant drought and heat tolerant, it looks good all the time, as long as it gets part shade. Below are some of the other annuals which excelled with less rainfall and watering in 2022.

However, despite all the great annuals of the summer, some plants were not at their best, even with regular watering or irrigation. The annual rudbeckias I planted did well in early spring and up until June, blooming well, but when the weather turned in June and July, they suffered and died. But, I am going to try again.

My plans in 2022 were to add a bunch of new perennials to my garden beds, expand the potential growing area for annuals, and to increase the number of raised beds for the vegetable garden. And I did, but many of my new perennials suffered and did poorly. Even many of my established perennials suffered and did not bloom in the drought. But a number of them not only thrived in the heat, but bloomed better despite the drought.

Perennials which did well are listed below. I would recommend any of these to gardeners in the Central Great Plains, as well as the Midwest, which also suffered from drought.

While a lot of perennials did well, mostly being natives, some, such as my shade perennials suffered in the heat. Unlike many of my clients, I do not have an irrigation system, and there is no good way to water my shady areas, which are in the front yard. Hostas, coral bells, astilbe, and even my native shade perennials did poorly in this heat and drought. I hope, with good rainfall here over the winter and early spring, that shade perennials will be okay and grow better in 2023.

Besides my shade perennials, the most surprising area to be poor was my Meadow Garden. Now, it could be that it did poorly because many of the plants were newly added last fall, or it could be because it is in one of the poorest soil areas of my landscape. Anyways, many of the grasses and perennials did poor, especially the following.

When preparing a tree review, difficulties apply. The big problem with this is that we may not see the effect of 2022 on trees until several years down the road. I do know that I am still seeing issues with tree health that relates back to saturated soils of 2019. So, we may not see drought effects on trees from 2022, until as far out as 2025, perhaps farther.

With 2022 being a mast year, trees were producing bigger fruit and larger crops of fruit than the last 2 years. During that time, we had overabundant crops of acorns, peaches, pears, apples, cherries, pawpaws, and walnuts. Because of this, we were able to put up quite a harvest of tree fruits.

Despite the drought and heat of 2022, many plants surprised me with their ability to hand it all. Of course, a push towards more native plantings will help us combat cyclical weather patterns in our climate, as many of the non-native species are not adapted to it. We need to focus our future plantings in that direction.