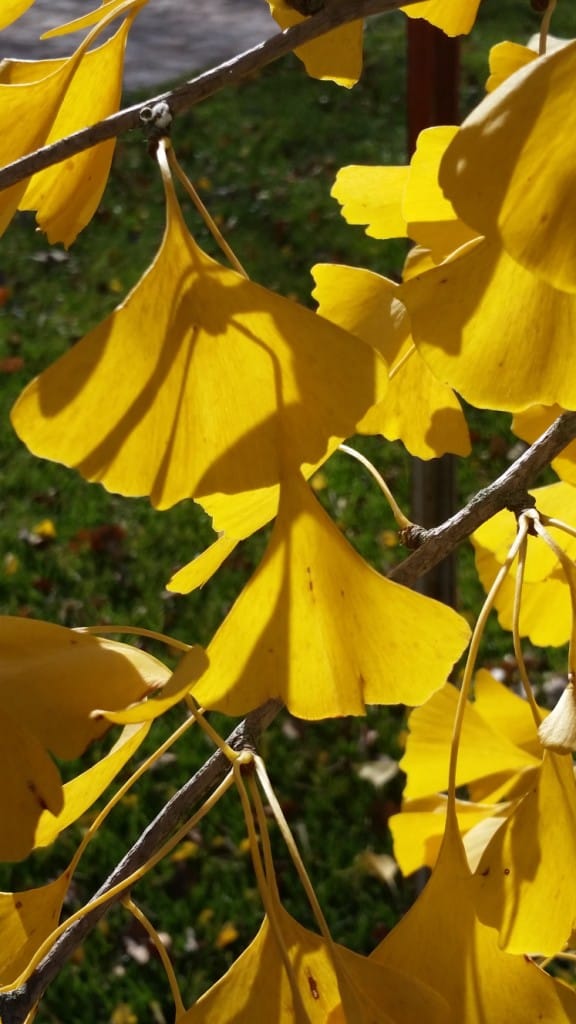 What is a conifer? A conifer is defined as a plant that produces naked seeds in cones or single naked seeds. We think of conifers with cones as pine, spruce, fir, juniper, yew, and arborvitae, but there are four deciduous conifers that we can grow in our region. An evergreen that loses its leaves, you say? No, a conifer that loses its leaves. During the growing season, three of these species look like evergreens, but have great fall color to show when the weather turns cooler.

Baldcypress (Taxodium distichum) is probably the most well-known deciduous conifer; it can be seen along roadsides and waterways, in backyards and streetscapes. This large tree is great for shade and wildlife. It can grow in low oxygen soils, such as rivers and lakes, or downtown in cities where there is poor root spread and heavy soils. It is adaptable to drought conditions but grows best near water. When it is growing in a lake or pond, it will send up “knees” which are roots that grow up above the water to collect oxygen from the air. Native baldcypress may grow as tall as 120 feet and as wide as 80 feet, but smaller cultivars are known. Pendula is a weeping form of baldcypress, great for a focal point in a garden.


The maidenhair tree or Ginkgo (Ginkgo biloba) comes from China and has said to have been around when dinosaurs roamed the earth. Most people who know of ginkgos do not realize these are conifers, but just like pines they produce their seeds in cones. Ginkgo trees adapt to a wide range of soils and conditions, but are slow to root into the ground, and may need staked for two or three years before they take off and grow. The leaves are fan shaped, with no branching veins. Fall color is a brilliant yellow, comparable to cottonwood. Ginkgos have both a male and a female tree, and the females produce cones with an outer jelly-like coating, which has been likened to the smell of rotting meat. Most homeowners and commercial landscapers prefer to plant males, but if you are planting a seedling, it may be fifty years before you see fruit! This is another large tree; it can grow to 100 feet tall and 80 feet wide.


The dawn redwood (Metasequoia glyptostroboides) is yet another large deciduous conifer for our area. The first time I saw this tree was at Michigan State University, they have a specimen over 100 feet tall. This tree has great orange fall color and looks similar to baldcypress.  The growth rate is slightly slower, but they can handle a wide range of conditions and soils.


The last deciduous conifer that grows in our area is the European larch (Larix decidua).  It is a tree that grows slowly, around one foot a year. It is a wonderful specimen tree with several cultivars available, including a weeping form. They like to be near the water, but are adaptable to many sites and conditions. They too have orange fall color.