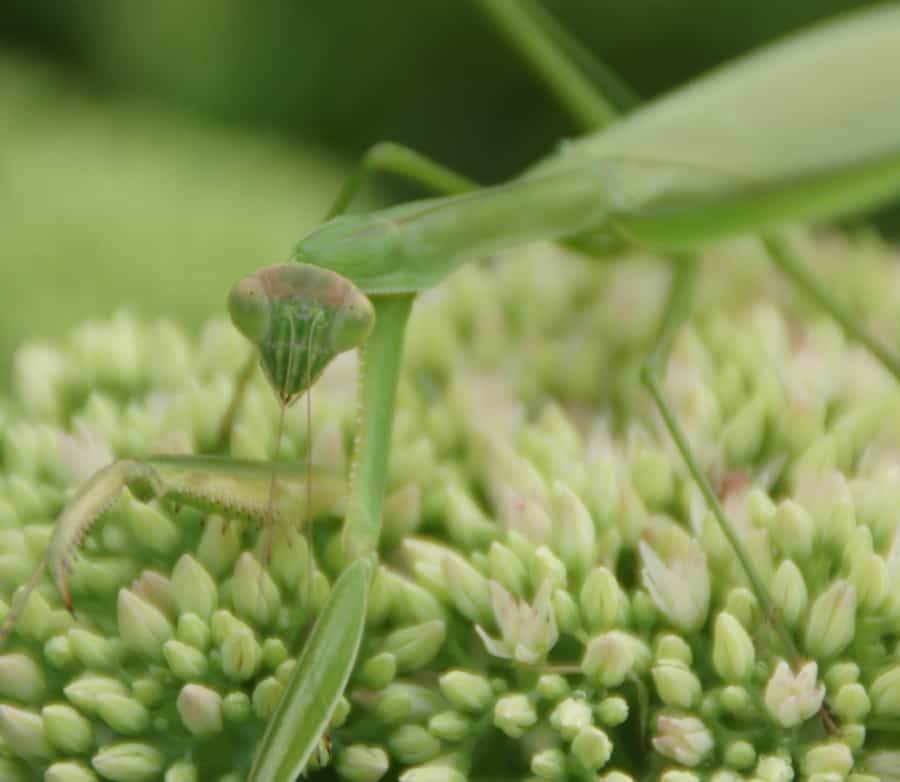 Beneficial insects are garden friends who help us out when we are not aware of them. Most of the time, insects are out in the garden, eating pests before we see anything bad happening. Having a guide to look at when you are trying to identify insects in the garden is important. Knowing which insect could be a predator or a prey is very important.

I know as a gardener, your first reaction to any unknown insect is to squish, but you might be killing something that eats Japanese beetles. Or bagworms. Or squash bugs. We know most of our pests, but how well do we know our beneficials?

This guide will introduce you to 5 classes of beneficial insects: beetles, bugs, lacewings, robber flies, and mantids. Let us jump right in!

Beetles are the most diverse animal species on earth, with one out of every 4 animals being a beetle. There are some 24,000 beetle species in North America alone. But how many of those are beneficial to us gardeners? More than you would know or believe. Beetle types that are beneficial include lady beetles, rove beetles, soldier beetles, tiger beetles, ground beetles, checkered beetles, and more.

The 3 types I am going to go over today are tiger beetles, checkered beetles, and soldier beetles. I already have a post on lady beetles on this website, which you should check out.

Have you ever noticed those narrow black and yellow beetles on goldenrod and aster in autumn? Those are leatherwing soldier beetles. But what are soldier beetles and how are they beneficial to gardeners?

Soldier beetles resemble fireflies in shape, but they cannot produce light. They are also more colored and diversified than fireflies. Most adult soldier beetles are predacious, meaning they eat other insects. Their larvae live in leaf litter and eat soil dwelling insects and eggs. The adults also provide some pollination services while feeding on nectar and pollen.

As you can see in the photos below, many adult soldier beetles eat aphids. Aphids are common pests of milkweed, ninebark, sunflowers, and more.

Checkered beetles are also good pollinators, having minute hairs along their bodies which pollen clings to as they move from flower to flower, eating nectar and pollen.

Tiger beetles are often very brightly colored. They have slender metallic bodies and long legs. All tiger beetles have large eyes, and large, sickle-shaped jaws. They typically run along the ground chasing or searching for prey, sometimes moving so fast that they run right past their prey and have to stop and look for it.

Most tiger beetles eat live prey, feeding on many different insects and other arthropods. Some are active in the day, while other are active only at night. The larvae also eat live prey, making a burrow in the ground where their egg was laid. Larvae molt 3 times before making a pupal case for metamorphosis in their burrow. It can take up to 3 years before larva changes to adult.

The fiery search beetle (below) is a ground beetle similar to the tiger beetles, in that it is very colorful. It feeds on tent caterpillars and other moth caterpillars of trees.

Bugs are not like other insects. When many gardeners are calling all insects “bugs”, it drive entomologists crazy! True bugs undergo incomplete metamorphosis, meaning their life cycle goes from egg to nymph(instar) to adult, with no pupal stage in between. They have sucking, beaklike mouthparts.

if you have ever been bitten by any one of these bugs, you will surely remember the bite, as it is quite painful. I was bitten by a wheel bug some 15 years ago, and I still remember how painful it was. And I was bitten through a jacket!

However, predatory stink bugs go for more than just regular stink bugs, they go for lots of different insects, even caterpillars. Check out the 2 species below that I have observed here in Kansas.

I call lacewings the ultimate aphid eater. Both the adults and the larvae eat aphids. Common throughout the United States, green and brown lacewings are not like any other insect. They look like over-sized flies, but are in an order by themselves. One of the coolest things about lacewings is their eggs, which stand suspended on wire-like stalks on leaves.

There are 84 species of green lacewing, but it is almost impossible to tell them apart. Of brown lacewings, there are 62 species in North America.

Robber flies in general are beneficial because they eat a wide range of insects. However, they are not picky, and often eat other beneficials such as bees, butterflies, and flies. But they are fun to watch in the garden, and there are many different kinds.

There are at least 1000 species of robber flies in the United States. Some are mimics of bees, wasps, and other insects. Some eat spiders. Some prey more on Japanese beetles. I have seen people swatting at these large flies, because they are fast fliers and make a buzzing noise, but they are only interested in eating insects, not biting you.

Mantids, or praying mantises often get a bad reputation because of a video on YouTube with one catching and eating a hummingbird. And yes, the Chinese mantis can do that, but it is very rare. I have never seen mantises hanging around my hummingbird feeders, probably because there are no plants for camouflage by the feeders. (So put feeders away from foliage and you will have less problems).

Chinese mantises are huge, sometimes up to 8 inches long. Both them and the native mantids eat a wide variety of insects including butterflies, bees, Japanese beetles, grasshoppers, flies, and more. Having them in the garden is beneficial, because they eat so many things. And they look so cool. One of the biggest questions I see in the fall is about their egg cases, which look very strange on plant stems.

There are many different insects that are a part of garden. Some are beneficial and some are problematic. But they all work together in a harmonious ecosystem that benefits us, as humans first and gardeners second. Learning to identify beneficial insects is something we all need to work on to make our gardens better.