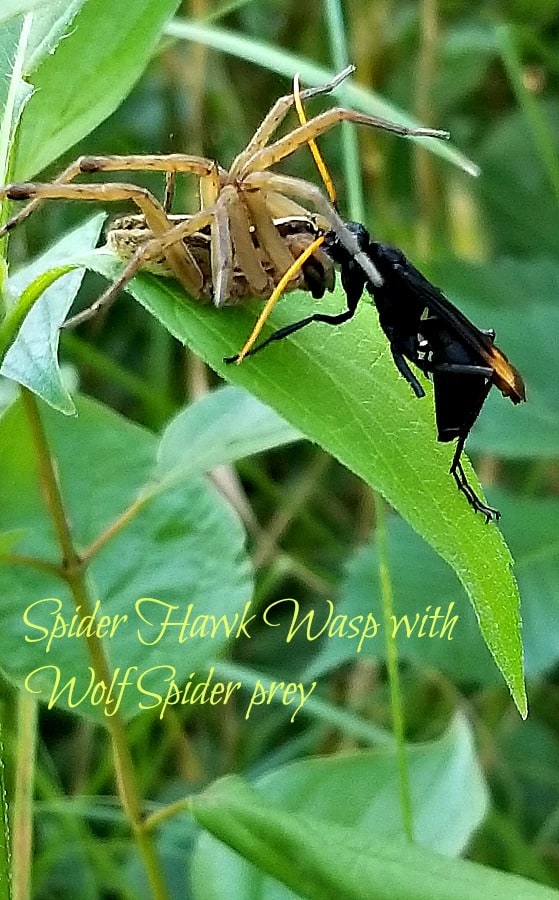 Although 2019 is not quite over yet, with the early snow and extreme temperature changes, the majority of insects have begun their hibernation periods and so we can discuss this year’s populations. With the advent of extremely wet weather ( over 70 inches of rain in Northeast Kansas) we have seen a population explosion in the insect world. I have seen more new (to me) and larger populations of existing insects than ever before. I have also begun to realize just how interesting insects are (fascinating!). 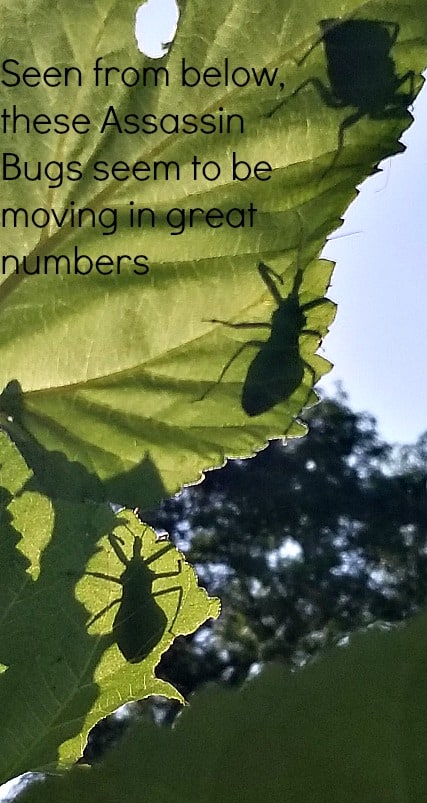 One of the first insects I really saw a jump in populations was the Assassin Bug. This large predatory insect is also known as the Wheel Bug, for the large, gear-like appendage on the top of their bodies, just behind the head. They eat a large variety of insects, both good and bad. My favorite find of the year was a wheel bug with a Japanese beetle speared by its “beak”. I saw them in large numbers early in the season, with as many as 13 on one sunflower plant in July! 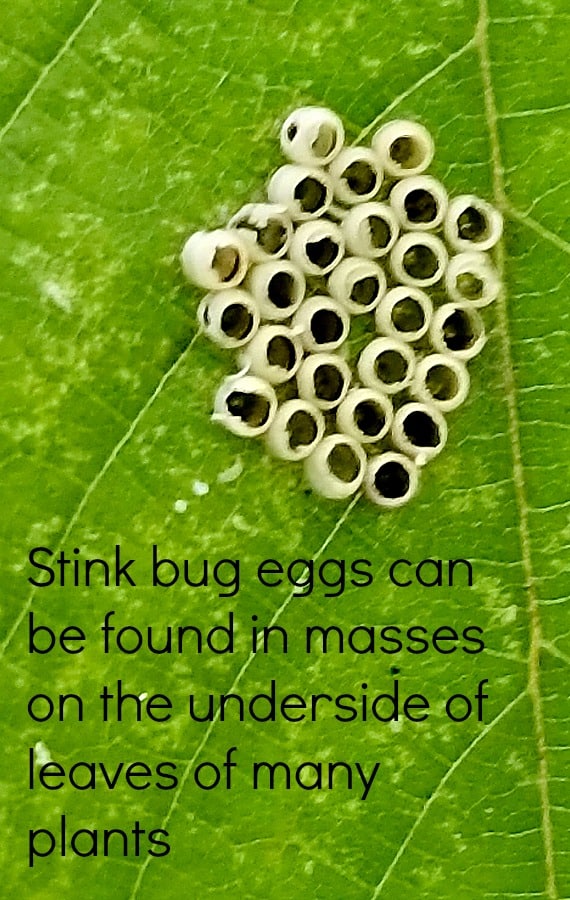 Another thing I saw lots of, especially in midsummer, was stink bug eggs. While many had not hatched yet, I did find a few bunches of recently hatched eggs. Stink bugs lay their eggs in large masses on the underneath side of leaves, on many different kinds of plants. There lots of varieties of stink bugs in our area, that feed on a wide range of plants.

The coolest thing I saw this year was in the back of my backyard (the back 40 as I call it). I like to keep a mowed path through the back to walk and on one of these walks I was blessed to find a spider hawk wasp dragging its live but paralyzed prey of a wolf spider back to its nest. I got several photos and a video of the event. So exciting! 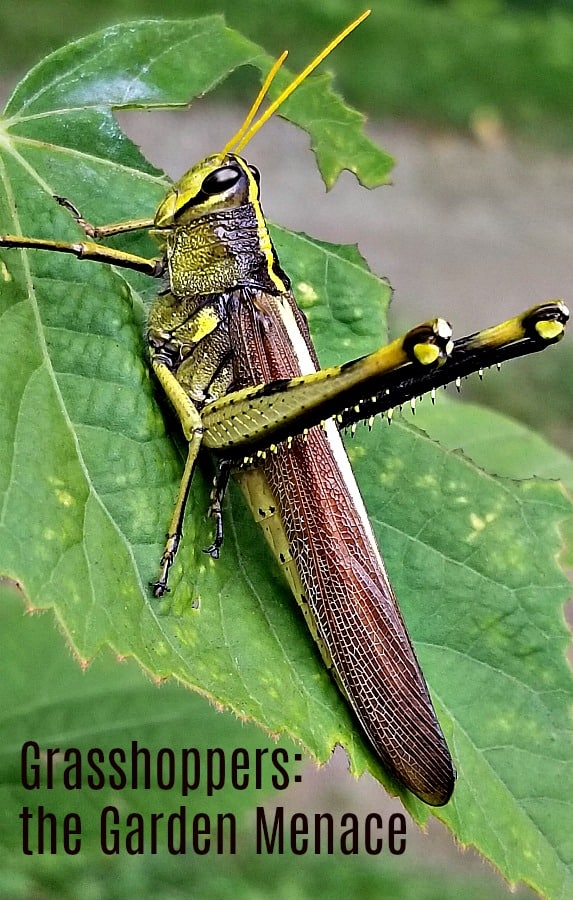 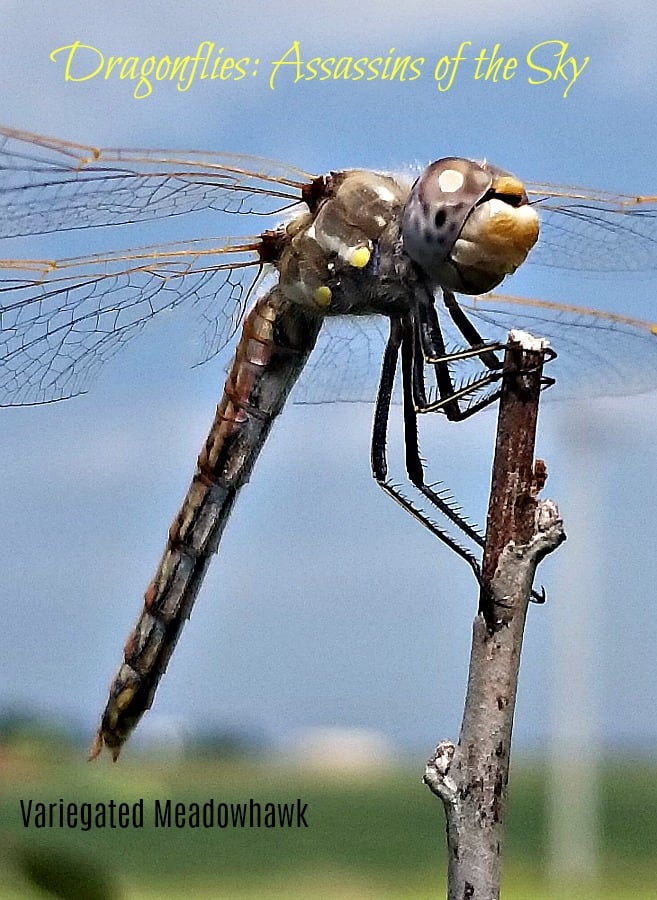 I was also greatly blessed to enjoy a swarm of dragonflies zooming around me eating insects (mostly mosquitoes). I have watched these large swarms from the comfort of my garden chairs, but it is much more exhilarating to stand in the swarm while they dip and dive and flit around you. There must have been hundreds of them at once. 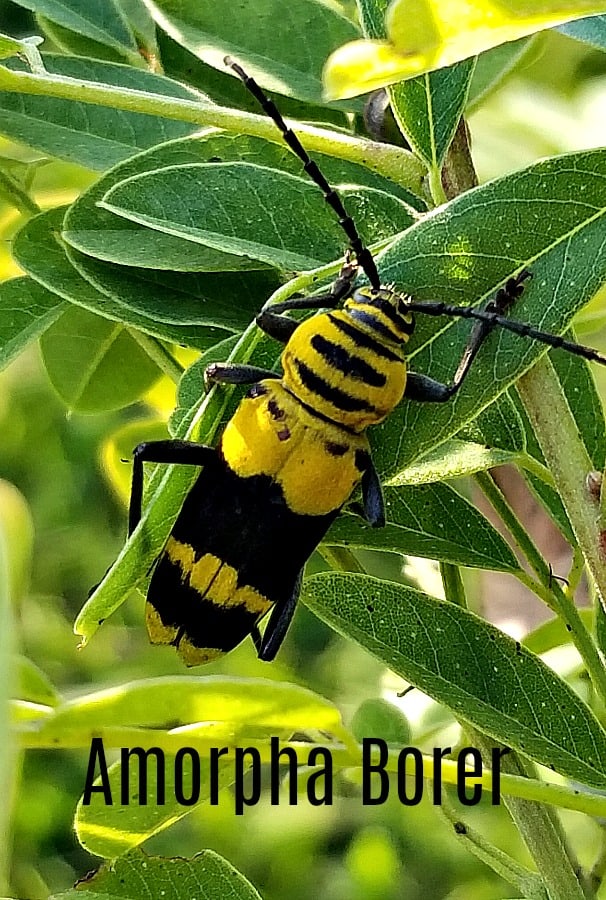 One of the reasons I see such a diverse array of insects around me is the location where I live. My wife and I bought a 5 acre parcel on the edge of Mission Lake in south central Brown County, Kansas. There is a speck of oak-hickory remnant forest along the southeast edge of the property along a creek that dumps into Mission Creek and then Mission Lake. I have planted and maintained a large variety of native trees, shrubs, and perennials, along with a few non-natives. This diversity has led to a wide range of pollinators, predatory insects, and other insects. 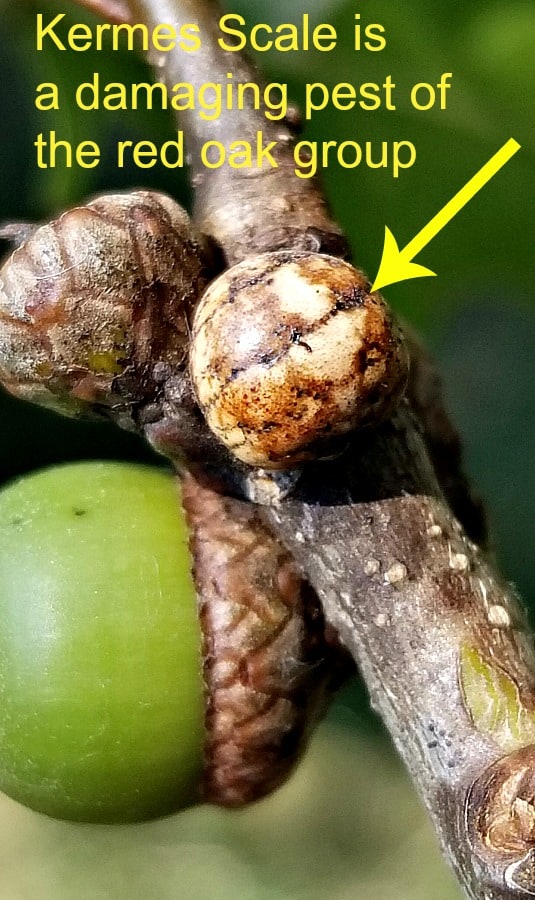 The worst insect offender of the year was introduced to me through the knowledge of our Arborist Nick Haedt. He was able to identify from my description a pest of red oaks – Kermes Scale. This scale insect lives on the outer edges branches of oaks in the red oak group. It is difficult to find on the actual branch, it looks like a little gall. However its size, it causes a lot of damage, starting with flagging of the outer limbs, throughout the tree.

Thank you for another great year, Happy Planting!