Skip to content
Home > Posts > Wasps in the Landscape 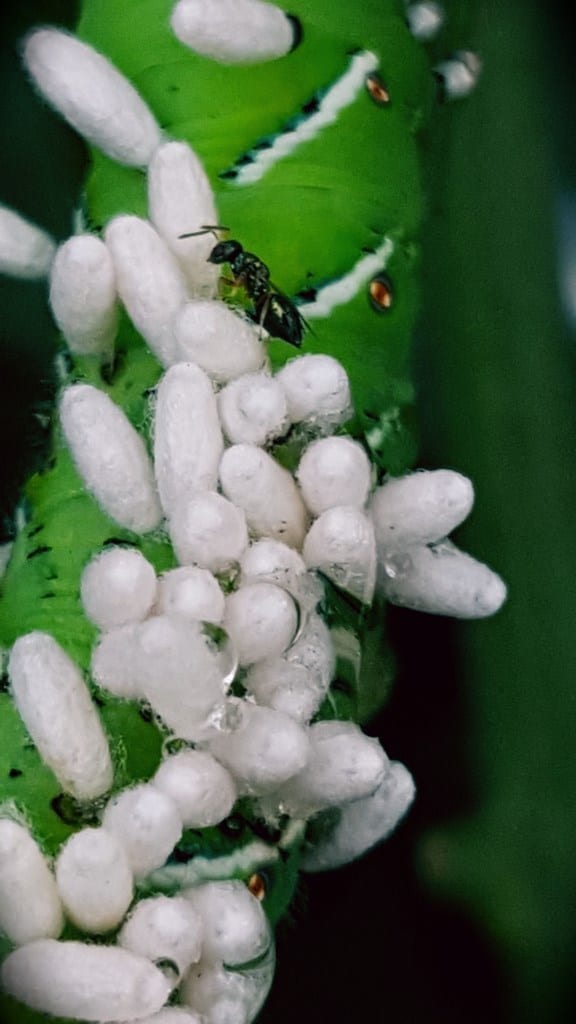 Wasps are one of the most under-appreciated insects in the garden. There is likely to be more species of wasps in the home landscape than that of beetles or other insects. What most people see are the paper wasps, which make large colonies in papery nests under eaves, in shrubs, or hanging from trees, or the colony forming yellow-jackets which live in the ground. Both of these wasps will defend their homes viciously, to the lament of gardeners and their families.

But what about the good that wasps do in the landscape? Most wasps act as pollinators, feeding off the pollen and nectar of flowers while transferring pollen from one landing pad to another. Wasps also eat a variety of insects, but most eat a diet that is mostly caterpillars. Wasps consume as many or more caterpillars as most bird species.  Some wasps also lay their eggs directly on the body of a living caterpillar, and its larvae eat the caterpillar from the inside out.

Here are the descriptions of 5 wasps commonly found in landscapes in Northeast Kansas.

The Ichneumon wasp is part of a family of over 3000 individual species in North America, with many not being known to science. The ovipositor on the rear of this female is used to lay eggs in a caterpillar or sawfly larvae. The young ichneumon larva then feeds on the caterpillar as they grow.

Braconid wasps are commonly seen on the larva of sphinx caterpillars on tomatoes. The cigar shaped “balloons” coming from the caterpillar are actually the pupae of the wasp. By then, the caterpillar is mostly gone and begins to shrink away shortly after. Most of the braconids are host specific per species. With over 1900 species, these little wasps can be a major component in organic agriculture.

Eastern velvet ants are actually the wingless females of a solitary wasp. The orange or red color of this wasp is a warning, DO NOT TOUCH! These wasps have one of the most potent stings of any insect in North America. These wasps are parasites of insects, often other wasps. They move quickly across the ground and can be difficult to see; many are nocturnal.

Potter wasps are brightly colored blue with white or yellow bands. They feed on caterpillars, stockpiling them in their nests. Some make their own nests with mud, but many utilize borer holes or holes made by carpenter bees. They can be seen on many different flowers in the summer.

One thought on “Wasps in the Landscape”