Every year, I try to take a longer look at the landscape and habitat around me, being careful to note insects that are both new and old to me. Insects are just as interesting as plants to me, they both come in so many shapes, sizes, colors, and kinds. Following are some of the new insects that I discovered in my yard and landscapes in 2018.

While walking sticks are not new to me, I saw an increase in them in 2018. In one yard alone I saw 6 on one plant and more than 10 in the whole landscape in June. They are just about the most interesting insect to watch.

This caterpillar belongs to the Bisected Honeylocust Moth, which feeds on honeylocust trees. As I have several trees in my yard, this caterpillar was an interesting find. The whole Lepidoptera order is very interesting, as the moths and butterflies are pollinators and greatly desired in landscapes, while the caterpillars and larvae are pest of 1000’s of plants and not desired. It is a two-edged sword when working with this Order. 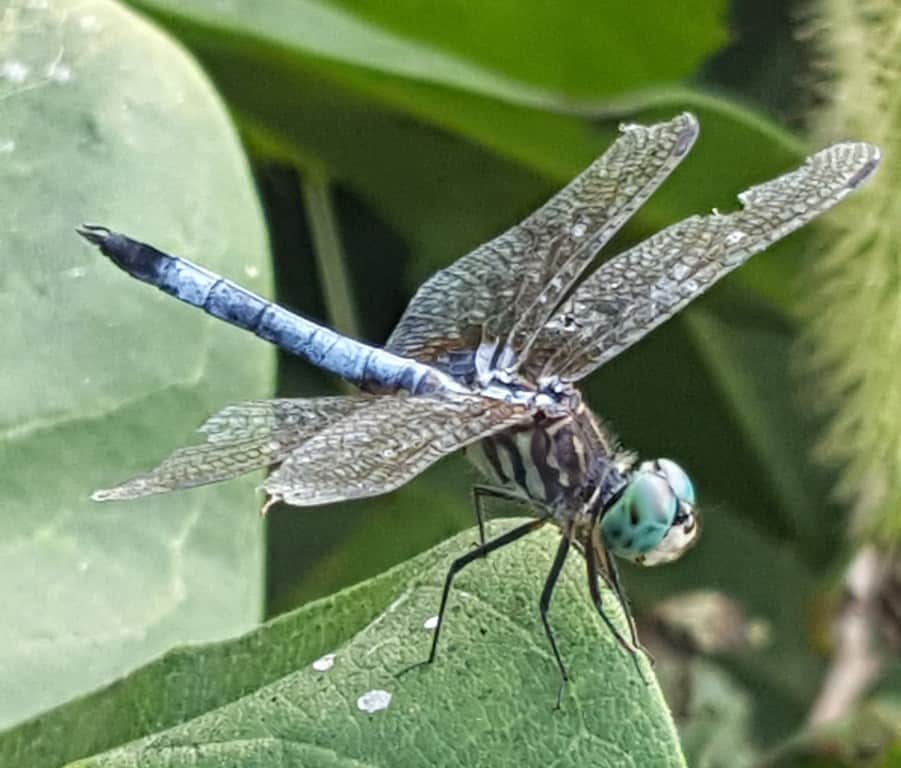 I love watching dragonflies of every kind as they swoop and dance in the evening, catching mosquitoes and other insects. This past summer, I would sit in my hammock or on the porch and watch as thousands of these gliders danced in the air.

We had a surprising number of venomous caterpillars show up in autumn, and I was careful to instruct my children not to handle any caterpillar without checking with me first. The above Definite Tussock Moth caterpillar was one of several they saw.

Speaking of caterpillars, this season marked the first time I had found 2 of the most commonly seen butterflies and moths feeding on their favorite host plants. The Eastern Tiger Swallowtail caterpillar on Black Cherry and the Snowberry Clearwing Moth on Indiancurrant Coralberry, both have very recognizable adults. 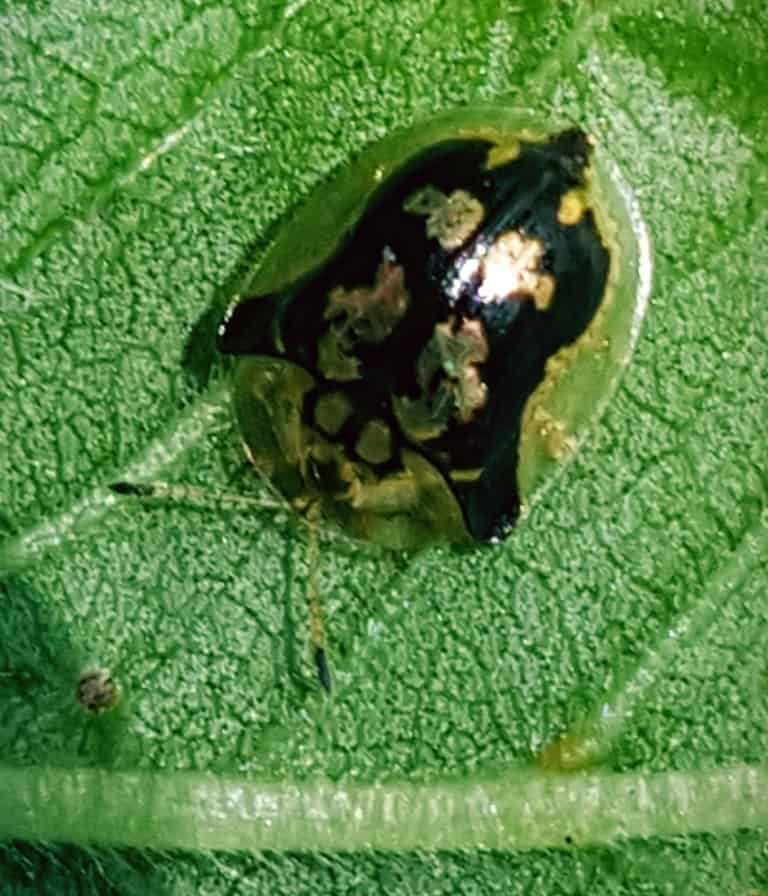 As for beetles, the tortoise beetle is a wonder to nature. This golden tortoise beetle has a clear membrane that covers the shell and extends from the edge to give it a truly unique experience. For a non-research member of society, I have seen 4 species of tortoise beetles in Kansas thus far.

Probably the most fascinating insect of the year was a fly. The Golden Giant Bee Mimic Robber Fly, quite a name, was zooming around my yard. This large robber fly really looks like an overgrown bumblebee. The bright side, it feeds on Japanese Beetles!

Finally, after obtaining a good book on moths and their caterpillars, I was able to identify this caterpillar on a cousin of our fall blooming goldenrod. The Goldenrod Hooded Owlet Moth caterpillar is brightly colored and fun to see.

About the Author
Andrew Mitchell, also known professionally as the Kansas Gardener, is a Horticulturalist, Nursery Crops Specialist, and Landscape Maintenance Supervisor for Grimm's. He has a B.S. Degree in Horticulture from Kansas State University and a A.S. Degree in Agronomy from Cloud County Community College. Andrew is a Lifetime Member of the National Home Gardening Club and a member of the American Horticultural Society. He is a regular writer and on the Board of Directors of the Kansas Native Plant Society and the Eternal Hope Worship Center. Andrew lives on an oak-hickory remnant forest edge with his wife and 3 children. He is an avid collector of plant species, and has an interest in heirloom vegetables. Andrew spends his free time in photography, hiking, spending time with his family and church, and working in the garden.
Social Share

Today we open at 8am and close at 4pm

Business hours on Saturday
8am - 4pm
View this week's hours

KC Trees: Trees for the Kansas City Region and Beyond