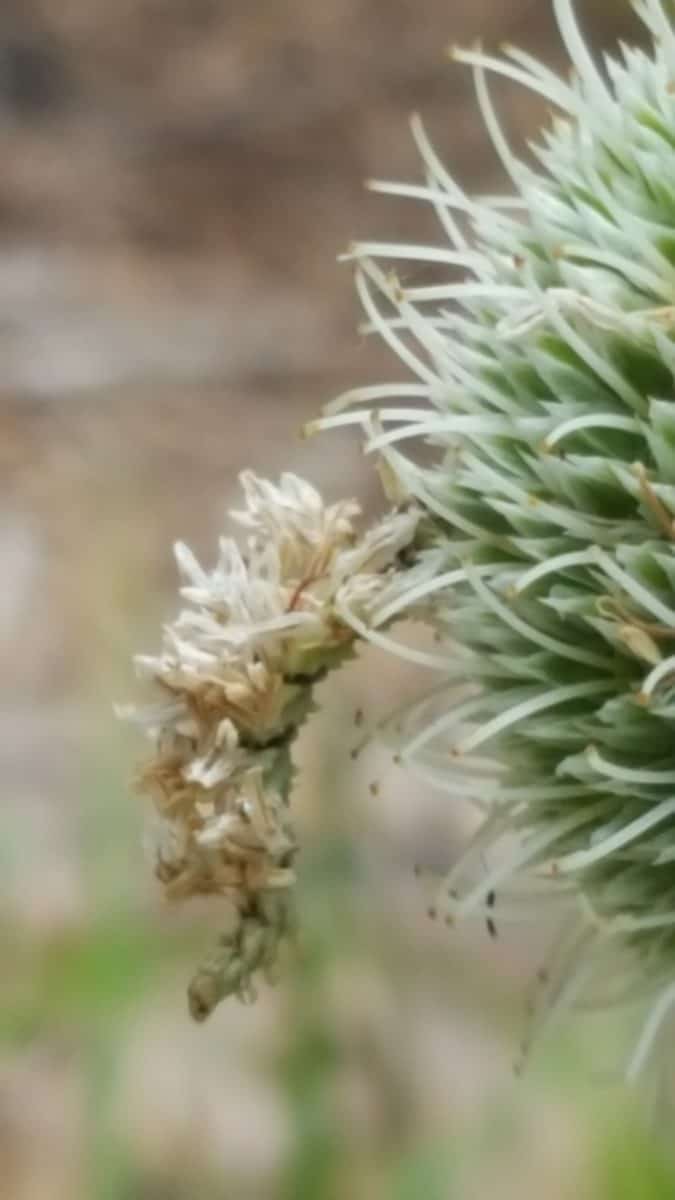 This morning, Doug Grimm brought in the wings of a large moth that he found in the arboretum on one of his walks. With the eyes spots and lines it was not difficult to identify as a Polyphemus moth. After seeing that, my mind began to seek out and find insects hiding in plain sight throughout the rest of my day.

I spent the morning and early afternoon pulling weeds and deadheading daylilies, but my eyes were catching all the cool things that insects do around me. For instance, when weeding seedling coreopsis out of a patch of whorled milkweed, I discovered three eggs attached to slim “sticks” on the leaf of the coreopsis. These eggs belong to the lacewing, a predator of aphids. The aphids were on the milkweed. Also on the milkweed, amongst the tiny flower parts, I found baby monarch caterpillars, too small to see if you did not get up close and personal with the plant.

From there I noticed what appeared to be pollen or duff on the flowers of rattlesnake master. Upon closer inspection I realized the “duff” was actually caterpillars or loopers that had intentionally covered themselves with pollen and petals to confuse the birds.

Soon I was seeing caterpillars hiding everywhere! On the river birch above me, I trimmed several branches to let down more light, and on one I discovered a caterpillar that blended into the bark so well that it looked more like a gall or lesion on the bark than a caterpillar.

Finally, on the rudbeckia, I noticed something similar to that of the rattlesnake master. Little loopers had camouflaged themselves with pollen to look like part of the flower. It was all so incredible! I could not contain my enthusiasm for these little critters and their ability to hide from predators.

If you take the time to look around your world, you may see some of the great things that I see!