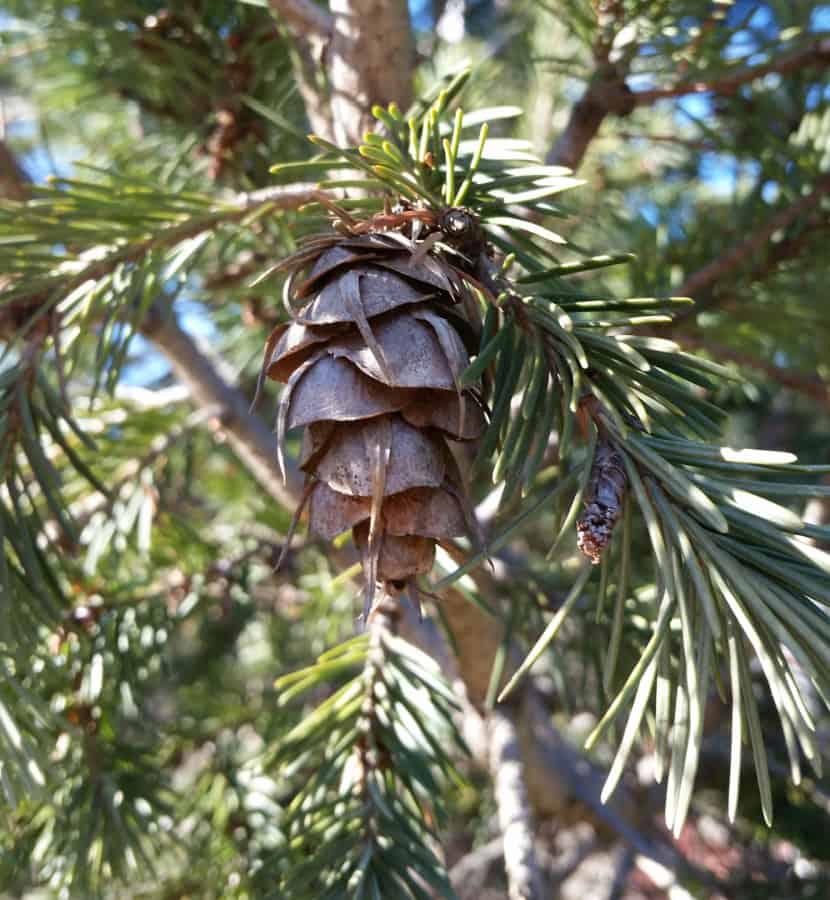 Picking an evergreen shade tree should not be difficult. But many people do not think of evergreens as shade trees. They are usually thought of as windbreak or specimen trees. We need to work around that misjudgment, and let gardeners know that evergreen trees can be for shade too.

Before you ever decide which evergreen will become a shade tree, you need to know more about where you are going to plant it. I talk a lot about site conditions, and for good reason, they are more important than the tree itself. What kind of soil do you have? Have you done a soil test? Do you have full sun or part shade? Is the ground sloped, flat, or does water stand in it when it rains? Check out our guide to planting trees by clicking here. Do this before you pick your evergreen shade tree.

Evergreen shade trees are mostly conifers, which produce seeds in cones. However, there are a few evergreens that can be grown in the Central Great Plains which are not conifers. We will see more about those later.

Quite a mouthful right there? I will say so. Conifers include pines, spruce, firs, and other, similar species. Some conifers are deciduous, like ginkgo and baldcypress. But most of what we can grow are evergreen. But not all trees work for providing shade. We want large evergreens that do not stay in a pyramidal form all as they age. Not all evergreens are suited for that.

This tree is not a true cedar, but rather a juniper. The wood of this tree is very fragrant and used for cabinet making, flooring, closets, and chests. The trees are often used as windbreaks, but can lose many of the lower branches as it ages, and develops a rather large canopy, creating shade. There are 2 huge red cedars next to my grandparent’s home in North Central Kansas.

Pine trees are very well known for windbreaks. But the eastern white pine is best known, at least historically, as the tree used for ships’ masts in the early part of American history. In fact, many of our pine forests were clear cut for the ship building industry, before the use creation of steamers with coal fired boilers. As a shade tree, eastern white pine starts pyramidal, but becomes wider at the top and loses lower branches as it ages. This makes it great for shade around the house or in the garden.

The douglas fir is one of the dominant evergreen species of the Pacific Northwest region. There, it towers over other trees, even matching heights of redwoods. Here, in the Central Great Plains region, we can and do grow some douglas fir, and with success. This is one of my favorite evergreen trees, mainly because the needles are soft and easy to work with when wreath-making.

Although found rarely in landscapes in the Central Great Plains, it does become a nice shade tree. The few that I know of make good shade over decks and porches. The needles are fine textured and soft. It is mostly native to the Eastern U.S., east of the Mississippi River.

One of my favorite evergreen trees, the American holly is native to the southeastern Unites States, and there is some concern for winter hardiness in northern climates. It is hardy in zones 5 to 9. The leaves are shiny, dark green, and the overall shape is pyramidal. But they can grow large enough to provide good shade.

Also called the bigflower magnolia, this broadleaf evergreen has large, lustrous and almost leathery leaves which give it a tropical look. Hardy in zones 6 to 10, it grows in the southern portion of the Central Great Plains and southward. These trees can become quite large in the landscape, and have rounded habits, making them excellent shade trees.

Picking an evergreen as a shade tree does not seem like the norm, when so many are looking for fall color in large trees. But evergreens can have year-round benefits. Despite their name, they do drop leaves yearly, but usually the inner leaves or needles from the previous season. Try a row of evergreens with a row of maples, oaks, and birches for a truly magnificent shade plantation.