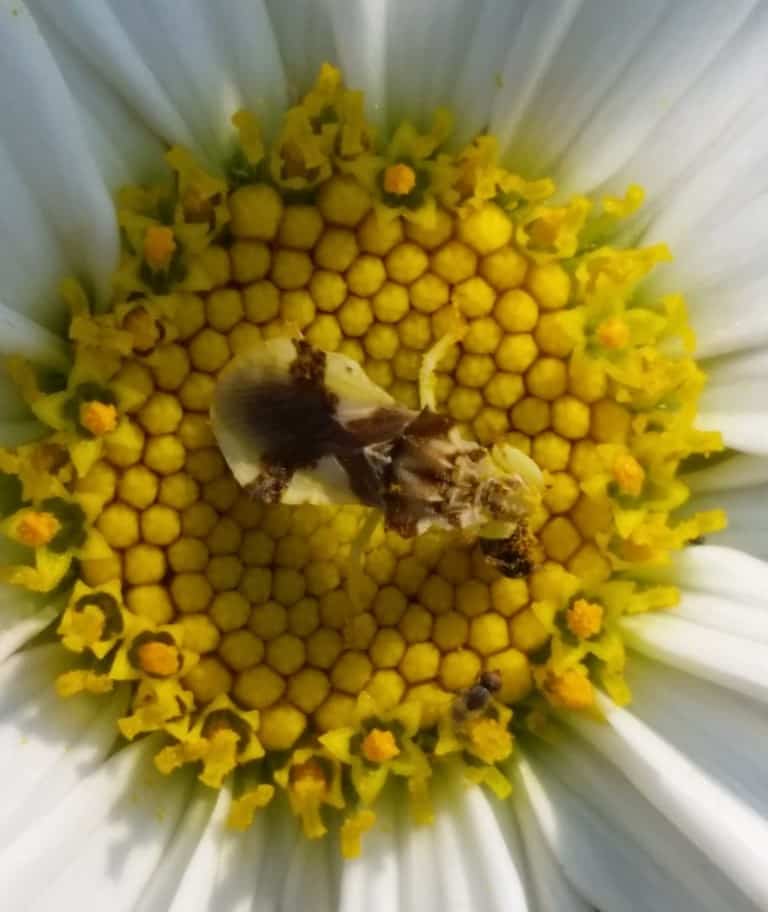 It is that time of year again when we start seeing all the insects popping up in the gardens. From bees to butterflies, caterpillars to beetles, I see a wide range of insects as I check landscapes and plants during the summer maintenance season. Many insects I prefer to leave alone, knowing full well that a bird or predatory insect will come along and gobble it up in time. Of course, I do not leave infestations alone. Just this week I discovered tent caterpillars devouring a tree hydrangea’s leaves just outside the office, and promptly cut off the nests of the voracious critters. However, there are also many good insects roaming the farms and fields, who wish we would leave them to their dinners.

I have a great fondness for insects, seeing that they pollinate our flowers and crops, and so I always search them out in the garden. Predatory insects are so unique and fun to watch as they devour both good and bad “bugs”. Many are wont to spray any insects and spiders seen on sight, forgetting that they are part of the balance of a healthy garden. Insects should always be identified to determine their role in the garden, be it predator or pest. In many cases, the pest may turn into something good, like the black, yellow, and white caterpillars feeding on my marsh milkweed that turn into beautiful Monarch butterflies.

Most of the good insects that prey on others in the garden do not care if it is friend or foe. The American Jagged Ambush bug is one of these sort. it sits calmly waiting on open flowers, and catches its prey as they alight to gather pollen and nectar. I first discovered these on yellow and white blooms of daisies.

Soldier beetles can be found throughout the garden, but the common goldenrod soldier beetle is seen on the brightly lit yellows of goldenrods in the late summer and early fall. The larvae feed on soil dwelling insects and eggs.

The commonly known lady beetles come in a range of colors and with different numbers of spots. Both the adults and the larvae feed on a variety of pests, including scale, aphids, and mealybugs.

Parasitic wasps are some of the most fascinating insects just to know about. I have been lucky enough to catch some parasitizing aphids and caterpillars both. I often see the adults feeding on small flowers such as those of dill, parsley, coriander, chives, and garlic chives. Seeing a caterpillar with the cocoons of parasitic wasps is a sight worth seeing, especially on prize winning tomatoes.

Most of the large wasps either directly lay eggs in caterpillars and their larvae devour them, or they carry caterpillars home to their nests to lay eggs into for the young larvae to feed on. There are many different types of wasps, from stinging wasps to flower wasps. Unknown by many, not all wasps sting and only a few are colonizers. Paper wasps and hornets are most disliked for their construction of large nests under eaves and in shrubs, but they too eat caterpillars and also help pollinate flowers.

The dragons of the insect world are another workhorse of garden insects. Dragonflies and damselflies at all stages of development are predators. They eat many insects including mosquitoes and flies as they zip back and forth above the fields and lakes. There colors range from dull browns and black to vivid blues and greens. They are fun to watch and hard to photograph.

These and many more insects are great hunters of the garden world. I like to lay in my hammock and watch the insect world around my garden. The buzzing of bees and flies, the zing of dragonflies, and the quick flirting of butterflies enraptures me.