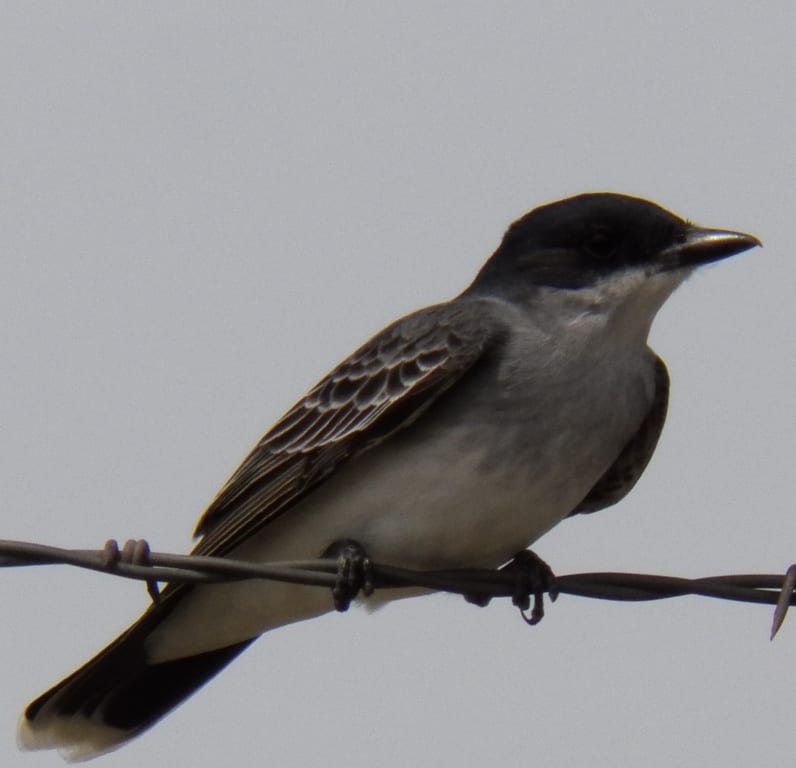 The Eastern Kingbird is a mighty songbird in the presence of American prairies. This migrating songbird can be seen in open fields, along streambanks, and on the edges of wooded areas, perched on fence posts and power lines. They are waiting for insects to pass by for their meals. These little birds are voracious eaters of insects of many orders during the summer nesting season.

They are also tyrannical defenders of their breeding territory, often chasing away and harassing large birds such as crows, blue jays, hawks, and herons. They feed their young with insects and berries, over a 7 week period, usually having only 1 clutch per year.

A pair of kingbirds will pick a nest site together, and then the female builds the nest in a tree. They often use trees in open areas such as hawthorn, apple, elm, mulberry, Osage orange, and spruce. As the summer winds down they begin adding more fruit into their diet, often utilizing mulberries, cherries, serviceberries, blackberries, elderberries, and nightshade.

At the end of the summer, the eastern kingbirds travel south to South America where they overwinter along the Amazon River, eating mostly fruit.

An interesting note of these beautiful birds, when they catch larger insects, they take them to the nest and then beat the insect into submission before swallowing them whole. Occasionally they do the same thing to small frogs. 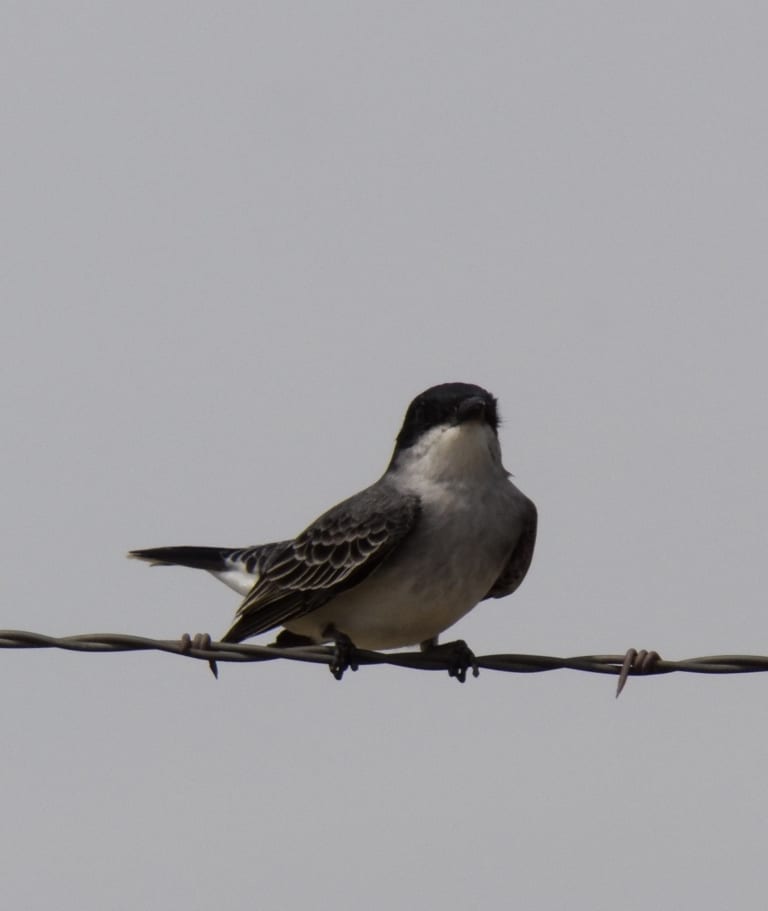 The eastern kingbird can be a special helper in the war on insects in orchards and vegetable gardens, especially if there is plenty of open space around them. The birds may nest in the orchard, picking flying insects out of the air. To encourage them, clear space for them to fly around the garden, and plant berries to keep them there through late summer.