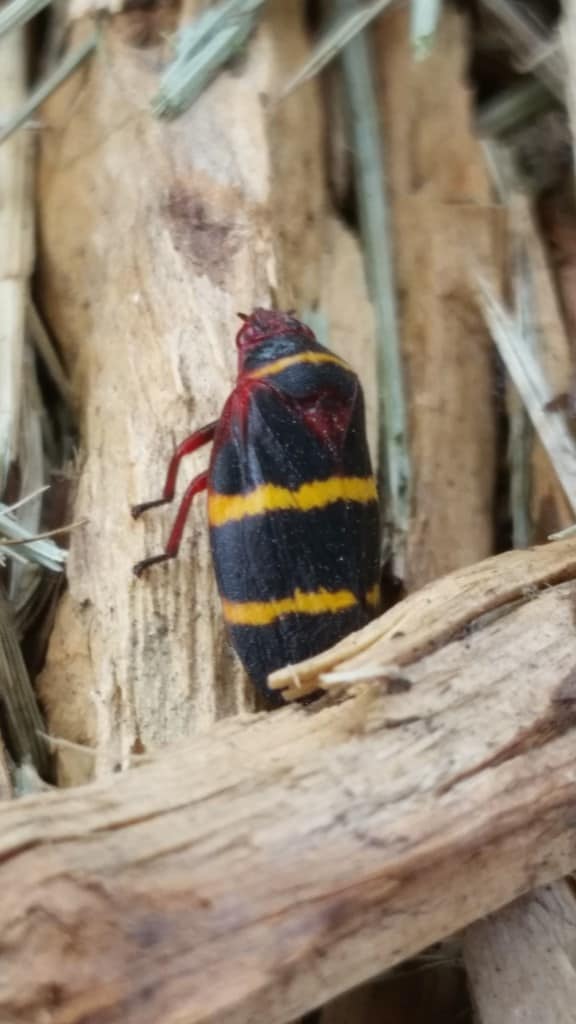 We do not often enough discuss turf and lawns here. However, starting with this blog, I will be going over some turf insect pests in 2019 and beyond. First up, two-lined spittlebug. While this insect is not a problematic pest in Kansas or Nebraska, it can be a problem on southern turfgrass species such as bahiagrass, bermuda (which we grow limited in Kansas & Nebraska), St. Augustine grass, and centipedegrass.

The two-lined spittlebug is a member of the plant hoppers group of insects, which damages plants primarily by their piercing-sucking mouthparts, sucking out plant juices. This small hopping insect causes most of its damage in the nymph stage. Planthoppers and other bugs have incomplete metamorphosis, meaning they do not transform from a larvae to an adult, but rather hatch from an egg into a nymph, which then molts several times before becoming fully grown as an adult.

The two-lined spittlebug nymph hides itself under a mass of “spittle” which can be strange to see in the garden. Under this mass the nymphs are protected from drying out and they can do their damage in peace. The adults are boat-shaped, with black wings with two orange-red stripes running across. They are commonly seen in prairies and on turfgrass. If you see large amounts of spittle on your turf or ornamental grasses, please call Grimm’s Gardens for help.