Skip to content
Home > Posts > Beetles: The Good and The Bad 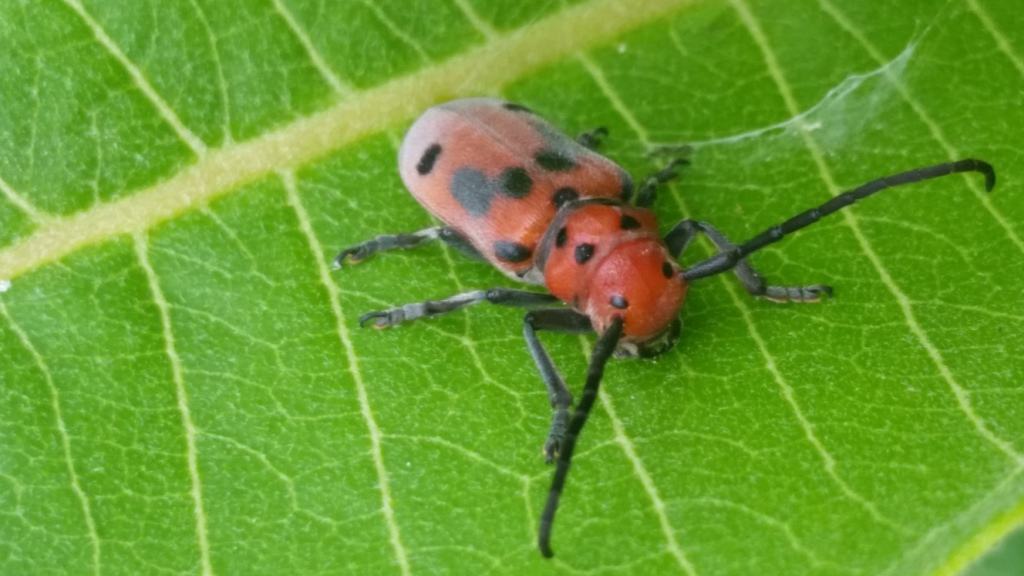 I know that many people are grossed out by little creepy insects and spiders, but they are essential for maintaining our environment. There are insects that eat the rotting wood and roots of dead and dying trees; insects that eat other insects; and insects that pollinate our fruits and foods. Let’s discuss the insects from the order of Coleoptera, also known as beetles.  There are thousands of species of beetle in the world, but we only need to focus on a few of them, both good and bad ones.

How do we tell good beetles from bad ones? Well, identification is a key, but not always available to the home gardener taking care of his or her roses in the yard. One way of telling the difference is to closely observe the beetle and what it is doing. Are there holes in the flowers or leaves where the beetle is? Are the leaves okay, but the stems full of holes?  Or do the beetles appear to be attacking other insects? All these observations are keys to deciding between a good beetle and a bad beetle. And yes, some beetles eat other beetles.  Let’s talk some bad beetles.

Some of the most hated and feared beetles fall directly into the bad guy list.  These comprise the species we will discuss today, including Japanese beetles, blister beetles, and long-horned beetles. As an introduced species the Japanese beetle has advanced across much of the country and readily devours plants, leaves, and flowers. Identified by the white tufts on the abdomen, this beetle native to China and Japan is most often found feeding on roses. There is little the home gardener can do other than hand picking Japanese beetles and dropping them into water-vinegar-soap mix (do not spray on the plant!), as there are few chemicals effective enough to kill them.

Blister beetles come in a wide range of colors, from black to gray to striped.  These beetles have long bodies and small heads and often feed on pollen or flowers, while both the black and gray eat leaves of crops, sometimes in overwhelming numbers. When squeezed or disturbed, the beetle excretes a chemical called Cantharidin which causes irritation or blistering of the skin. These beetles can be effectively controlled with diatomaceous earth (DE) or chemicals. DE is an excellent choice because it is safe for all other animals and humans.

There are many different long-horned beetles, many of which have larvae that feed on plants of all kinds. Few of the adults eat plants, and most can be considered beneficial for pollination. However, damage from the larvae puts this beetle on the bad guy list. The majority of long-horned beetles’ larvae are borers in both live and dead plants. Adults can be identified by their extremely long antennae, sometime protruding twice the length of their bodies.  Some are very striking in color and size such as the red milkweed beetle and cottonwood borer, while others blend well into the bark of trees, such as the white oak borer and the northeastern sawyer beetle. Their damage to valuable plants can be limited with the use of systemic insecticides and planting resistant cultivars.

How about some good beetles? Soldier beetles, tiger beetles, and lady beetles are the best ones of a large list to mention. Soldier beetles eat aphids and other insects and are often seen flying near and resting on flowers during the day. In autumn, Pennsylvania leatherwings, a type of soldier beetle, are seen in droves on our common native goldenrods. The larvae are rarely seen, preferring to hide in leaf litter and rotting wood, preying on other insects.

Tiger beetles are voracious predators that eat many other insects and invertebrates that cross their paths. They tend to work during the day, running across open or bare ground in search of food. They can be quite colorful and can be identified by their jaws and large eyes.

There are many species of lady beetles. The one most commonly known may be the Asian lady beetle, as it becomes a pest in fall and winter as it looks for a warm spot to spend the winter. Some lady beetles have spots and some do not. They all eat a large diet of aphids in both the larval and adult stages. There is also one called the mealybug destroyer which feeds on mealybugs, a serious pest of greenhouses and nurseries.

These are just a few of the beetle species out there; getting to know them is a wonderful and enlightening journey. I hope you can learn some too!

9 thoughts on “Beetles: The Good and The Bad”