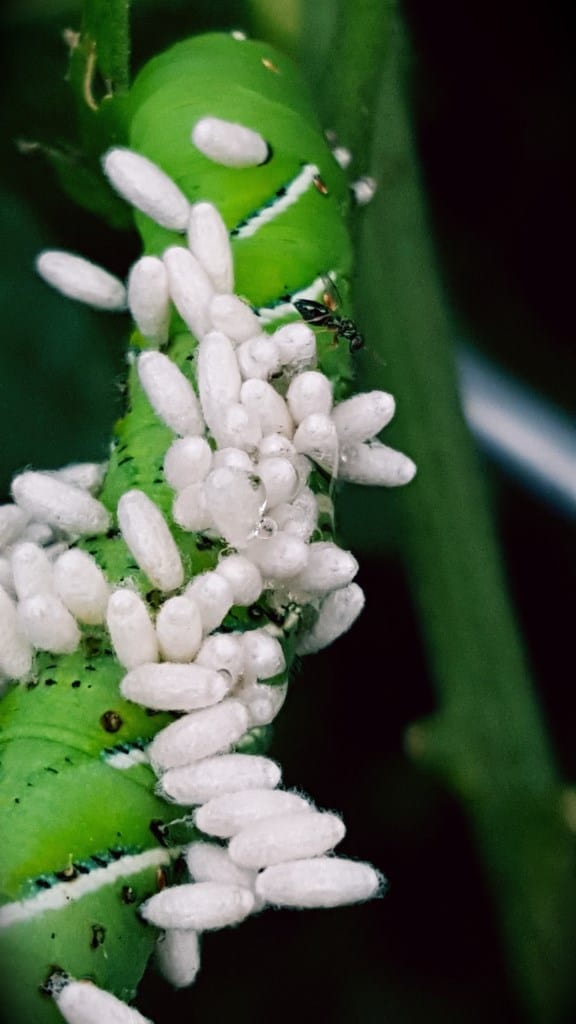 I have discussed wasps with you before, now let us look a little closer at parasitic wasps. Parasitic wasps are those whose larval stages eat or live in the different stages of other insects. Many of these wasps parasitize caterpillars, while other may parasitize a number of insects, including beetle larvae, sawfly larvae, galls, beetles, bees, and even pupa. I have come across some butterfly pupal cases that had been parasitized.

Many would think it is horrible to hear about parasitic wasps feeding on caterpillars from the inside out, but we rarely see this happen. There are so many billions of insects in Kansas and Nebraska alone, we cannot comprehend the effect of parasitic wasps on other insects, and the impact of insects on us. If insects did not populate in such extreme numbers, we would not have butterflies, pollinators, birds, or other species, because there would be either too many predators or not enough prey.

Among the various wasps that act as predators or parasites on other insects, there are more than 7000 known species, and entomologists believe there may be thousands more that are unidentified or described. Of these, the Ichneumon and Braconid are the 2 biggest families of wasps we are concerned with.

Ichneumon wasps generally parasitize caterpillars and sawfly larva, but one genus attacks May/June beetle larva, a pest of lawns. Many of this family have long ovipositors for laying eggs and antennae with many segments. The Cotesia is a wasp most known for parasitizing tomato hornworm caterpillars.

Braconid wasps parasitize a variety of different insects, including beetles, bugs, caterpillars, and galls. They can be identified by the fusion of their first and second dorsal abdominal segments, as well as wing venation.

The adults of many of these wasps feed on nectar on a variety of plants, including members of the carrot family, mint family, and aster family.