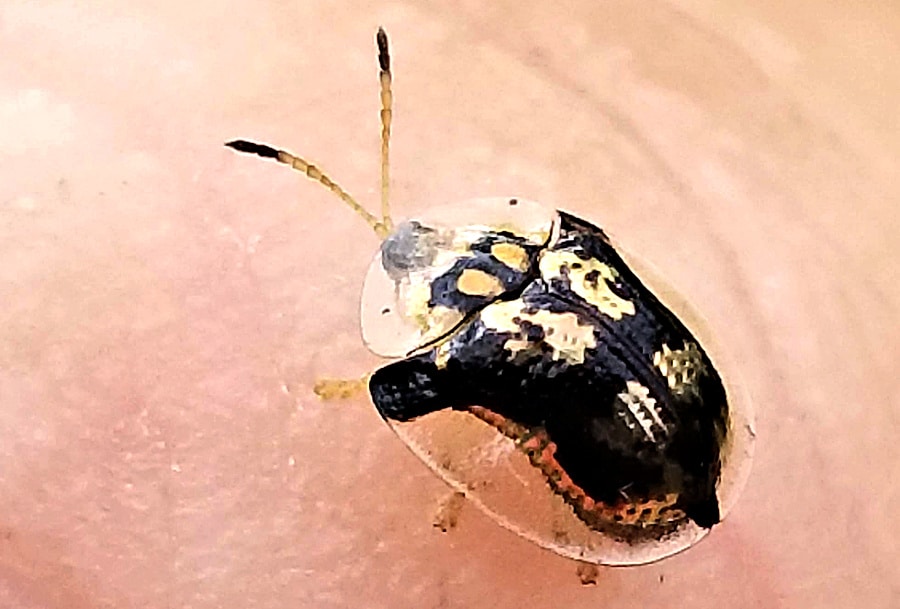 The year is winding down and it has been a doozy! We have seen an exponential growth in the green industry, thanks in part to people staying home for the pandemic. More people tried gardening this year than I can recall ever before. At the season’s end, I like to take the time to go over the big things I saw this year-both personally and professionally.

As usual, bagworms seem to take the forefront of the conversation. I do not recall a worse year for these pests. We had good rain in the spring and summer, followed by drought this fall. Heat was the main focus of the weather, resulting in unusual hatching patterns, and a possible second generation of bagworms.

In most years, bagworms feed mainly on evergreens and some shade trees. However, this year, they were on everything, including roses, coreopsis, and everything in between. How so many bagworms got to all these different plants, when 2019’s crop of these insects was not significant may remain a mystery.

I know that we will continue to see Japanese beetles from now on, as they have permanently established in the area. However, we know more about their biology and what treatments work best for removing or killing them.

One of the most interesting thing over the last 4 years since Japanese beetles started moving through Northeast Kansas, is the significant rise in assassin bugs.

This group of insects includes wheel bugs, ambush bugs, and various other assassin type bugs. Of these, the wheel bug, so named for its gear-like projection on its back, has increased more than others as Japanese beetles have spread. The reason? Because wheel bugs eat Japanese beetles, along with a host of other insects.

While it is great that we have natural predators for Japanese beetles, an increase in wheel bug populations may mean a decline in bees, butterflies, and other insects. All assassin bugs feed on a variety of insects, both good and bad.

I do not recommend killing assassin bugs, but maybe just flicking them off pollinator plants if there are no Japanese beetles nearby. This may save a few bees and butterflies for the rest of us.

Every spring I hear the same thing from gardeners everywhere; where are the bees? I have not noticed a decline in my area of any type of bees, from wild honeybees to eastern bumblebees. In fact, this year I saw more bumblebee varieties than in the last 3 years combined.

This year I identified 4 species of caterpillars which I had never seen before, though finding them should not have been difficult. Looking along the forested lake edges I found my first sighting of the Giant Swallowtail butterfly. And then, I found one of these butterflies laying eggs on the prickly-ash in my woodland garden area! It is amazing that they look like bird droppings!

A trip to a large stand of pawpaw trees by Atchison, KS led me to seeing my first Zebra Swallowtail butterfly caterpillars!

While I was walking my dog in our backyard, I found my first ever Viceroy Butterfly caterpillar happily munching away on some seedling cottonwoods.

And finally, on a prairie walk I found the gorgeous American Lady Butterfly caterpillar on sweet everlasting.

While it is unconfirmed by the Kansas Department of Agriculture, we can be fairly sure we saw our first EAB in Brown county. This does not surprise me, I have been expecting it for years.

I love insects, and I seek out certain species when I get the chance. This was the case for the Amorpha borer beetle, a beautiful black and yellow long-horned beetle that feeds on goldenrod and lays eggs on Amorpha fruticosa. I first saw this beetle in the fall of 2019, so I was prepared to look for it again this year. And I found 2 instead of 1!

One of the coolest finds in any year is a tortoise beetle. Many species of these beetles have transparent edges and bright colors. This mottled tortoise beetle (below) is one of the prettiest.

Every year I see the same questions posted: What are these egg things on my plant? Most of the time, egg masses can be difficult to identify, even for an expert. But the most common egg mass is that of some species of stink bug. Sting bugs lay 30 to 60 eggs together under leaves.

Insects are part of our ecosystems and we can learn to love them. However, learning proper identification for these wonders should take place before anyone thinks about treatment. Get to know your world!